While most people associate pest problems with insects, many other pests in Tampa can create issues around your property. Wildlife species can get into your yard and occasionally make their way into your house, and many of these species are dangerous and can cause property damage. It's important to know about wildlife in the area that commonly invades and learn how to get effective wildlife control for your Tampa home. Get the answer to your questions here. 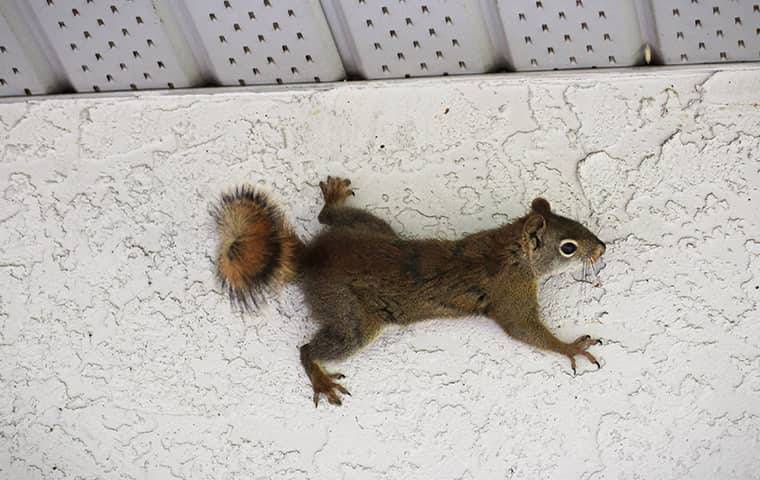 What Kind Of Animal Or Insect Created This Hole?

Many insects can destroy property. Termites are the most obvious example as they eat through wood and can damage all kinds of elements around your house. Then, there are other less destructive insects like silverfish that can get into food or chew on belongings.

But, while insects are sometimes extremely damaging to properties, there are usually some differences between their bite marks and those of mammals. Rodents such as mice, rats, and squirrels will also chew items like wires, plastic, drywall, pipes, and more. They are more likely to create larger holes, and you'll likely notice more noticeable teeth marks where they've been chewing. The damage can be just as extensive for insects, but the individual holes are likely to be smaller.

Is Wildlife Infestation Common In Tampa?

Overall, wildlife isn't quite as common as insect infestations, but it can depend. There are many widespread wildlife species, such as squirrels, and while they can sometimes just be a passing issue, they can become a real problem at times. Rodents like mice and rats are also extremely common, but it's important to note that they aren't considered wildlife pests because they are dependent on humans to survive.

Other than squirrels, some of the other wildlife species that can cause issues include raccoons, bats, and occasionally large species such as deer.

What Animal Is The Most Destructive?

As a type of rodent, squirrels can be rather difficult because they can chew through so many materials and will constantly gnaw to keep their incisors from getting too big. They can damage electrical wires, and if they get inside, they can make a big mess. Then, there are raccoons which aren't actually rodents but do share some similarities. They get into the trash, and while they aren't as likely to chew on everything as squirrels do, they can sometimes bite through belongings and other elements around your property.

The other problem with many wildlife species is that they can spread diseases. They also often bring around other parasitic pests such as ticks and fleas, and these parasites can spread more illnesses such as Lyme disease and the bubonic plague.

Who Is The Best Wildlife Control Service Provider?

Effective wildlife prevention and removal are best achieved through residential pest control from EcoTech Pest Contro Services. Trying to catch even one individual animal that is wreaking havoc around your property can be nearly impossible without the proper techniques and tools.

Luckily, our team of technicians is trained to handle all wildlife species and remove them. We can also work with you to prevent wildlife in the future. Find out more about our residential pest control plans by giving us a call today.