Home › Blog › Why Do I Have Spiders In My Tampa Home?

Why Do I Have Spiders In My Tampa Home?

There are few pests in Tampa, Florida that upset homeowners more than spiders. While spiders aren’t generally as dangerous as they seem, they are still very unpleasant to encounter both because of their appearance and their ability to bite. However, most spiders in the area are harmless and are mostly just nuisance pests. 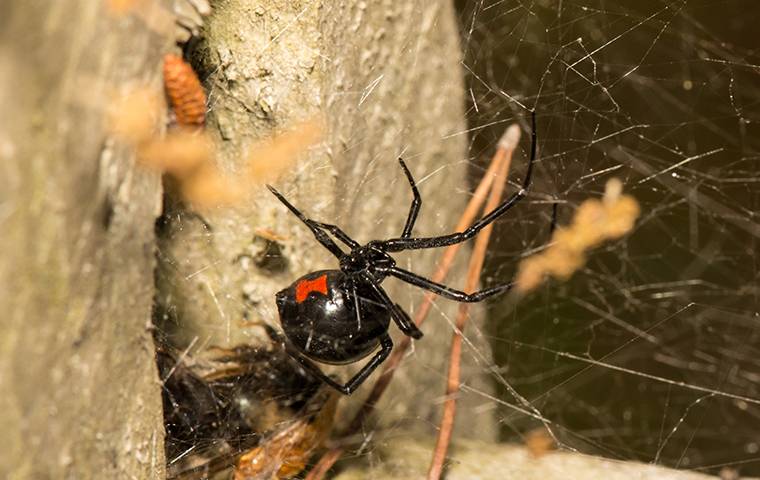 The truth is that all spiders have venom and fangs that they use when hunting their prey, but most species don’t have potent enough venom to harm people. There are a couple of exceptions to this in the United States, however, as the black widow spider and the brown recluse spider are considered medically significant to humans.

Luckily, most spiders you encounter in or around your property aren't going to hurt you, and they usually aren’t aggressive either. To help you identify spiders and be able to tell the harmless species from the more dangerous ones, we've put together a brief guide to spiders in the area.

Why Do Spiders Come Indoors?

Many pests come into homes because they are looking for shelter from the weather or to create nests, but spiders come inside in search of prey. Therefore, most spider infestations are caused by another underlying pest problem that is attracting them.

Spiders get inside in many different ways including through broken screens, under doors, or through imperfections in the walls or foundation. They can slip through even tiny cracks. If you’ve noticed an influx of spiders, regardless of the species, you likely have smaller insects, too.

How Can You Prevent Spiders?

Because spiders are attracted to pest prey, the best way to prevent spiders is to take steps to prevent other pest problems, too. These five simple steps can make it harder for spiders and their prey to get inside and will also make your property less appealing to them:

After you’ve taken steps to keep spiders out, the best and most effective way to both prevent and control spiders throughout the year is to get help from the professionals at EcoTech Pest Control Services.

We provide both commercial and residential pest control options that will address both spiders and their pest prey. Call us today to get started and even get a free inspection!