The spider is likely the most feared pest in Tampa. It's easy to see why people don't like spiders. They do look rather creepy with their eight legs and many eyes, and the way they move can seem aggressive. However, most spiders in Tampa aren't actually dangerous. They might be unpleasant to encounter, and they can bite, but they aren't likely to harm you.

Regardless of whether you are okay with spiders or not, they can indicate an underlying pest problem in Tampa. This guide is here to help you know how to deter spiders from coming around your property. 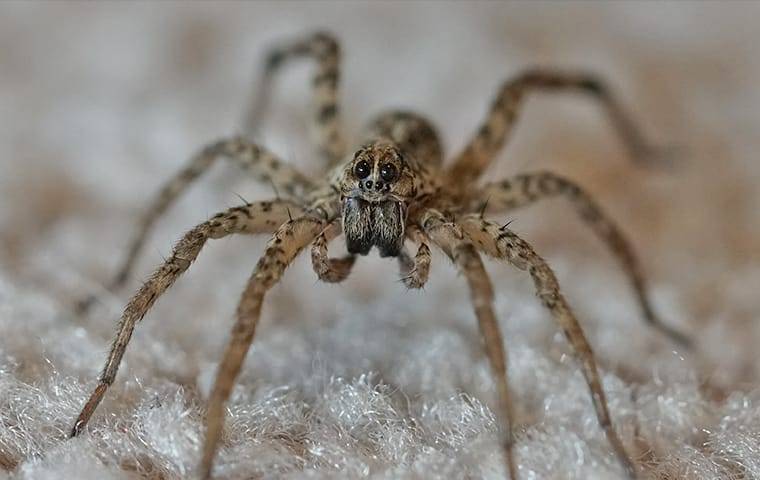 How Do I Know If I Have A Spider Infestation In Tampa?

Spider infestations can be hard to spot because these arachnids are a bit sneaky. Despite popular belief, they are rarely aggressive. They don't want to encounter people and try to avoid us even more than we try to avoid them. Most species are nocturnal, so they only come out at night to hunt. But, in order to know how to deter spiders, you first need to be able to identify whether you're dealing with a spider problem or not.

First, if you've seen even one spider, the chances that there are more around are quite high. Just because you're' not seeing a bunch of them, it doesn't mean they aren't there. Second, if you notice a bunch of small insects around your property, spiders are likely to follow. The main reason spiders come around is while in pursuit of their prey, so it's a good idea to get both spider and general pest control at the same time. Last, the main indicator that spiders are around is seeing webs. Even if they seem old, you could still have an active spider infestation.

Do All Spiders In Tampa Spin Webs?

Spider webs are one of the only visible signs that you have spiders, other than seeing these arachnids themselves, but not all webs are the same, and different spiders create different kinds of webs. In fact, there are a few spider species that don't build webs at all. Some wolf spiders don't build webs. Instead, they wait under things like yard litter and or prey to come near. They then chase down the prey using their strong, large legs.

However, while wolf spiders are rather common, the majority of spiders in Tampa do build webs. Many house spiders create messy cobwebs, and they will likely create these in dark areas such as in the corners of closets or storage rooms.

Spider control is best achieved by partnering with pest control experts, but there are also steps you can take on your own to deter them. Overall, you'll need to address underlying pest issues to keep spiders away. Here are some tips and tricks to follow:

1. Store firewood and other woodpiles at least 30 feet away from the exterior of your structure, as many spiders live in these places.

3. Make it more difficult for spiders and their prey to get inside by sealing any cracks and holes in the walls and foundation.

4. Get lids for all trash cans.

5. Repair or replace torn screens in doors and windows.

6. Remove clutter from around the poverty and inside of the house.

How To Get Rid Of Spiders In Your Tampa House

If you've seen spiders around your property, the simplest way to remove them is with help from EcoTech Pest Control Services. We handle spiders effectively by removing both the spiders themselves and their pest prey. Our pest control experts create comprehensive pest control plans, and we use a variety of treatment methods to keep spiders and their prey from coming back after eradicating them. Get started with effective spider prevention and control by giving us a call to set up an inspection.